The audiovisual world has been linked to the brothers since their deepest childhood. From those VHS tapes to the current Blue-Ray.

The first creations were small radio programs invented by the brothers where they invited fictional interviewees, who put a voice and recorded each other on an old tape recorder.

More than television, what would really mark their lives would be Spielberg’s films and the music of Jhon Williams, and it would be the audiovisual universe that would serve as a creative meeting point for the brothers.

Their concerns would lead them not only to debut in the short film but also to conduct interviews with world-renowned athletes, young entrepreneurs, singers, screenwriters … and the list continues to this day. 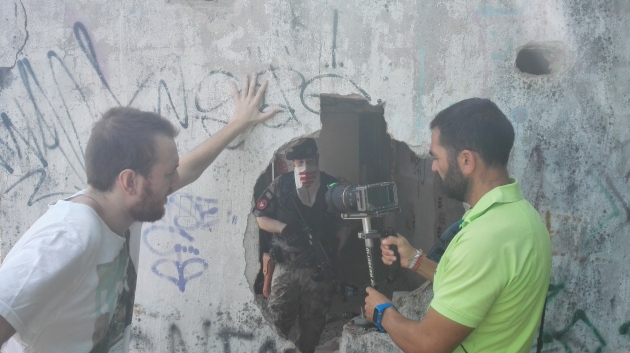 In 2019 the brothers debuted in the cinema with Waves, a short film that proposes an analysis of our time and the influence of technology in our era.

Also recently the brothers have created a new creative path. Ajierro, which you can already know by entering our channel.

They are currently immersed in several projects, which through the year will see the light.

If you wish to contact with Garcia Brothers send us an email to: garciabrothersweb@gmail.com

We invite you to learn more about the brothers through this page and follow the Brothers on.