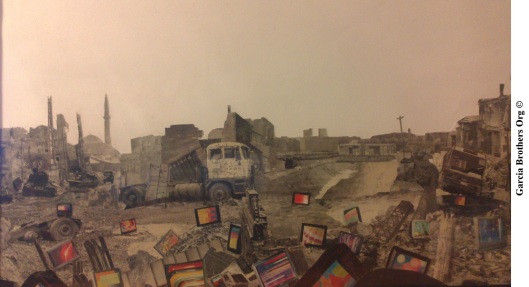 WHY WATCH THIS MOVIE?

Wake up with great intensity the viewer’s attention, creating reflexion about conspiracy theories and secrets societies.

The scene of ritual, (the music in that scene is awesome) and when the protagonist walks through the halls of the mansion.

If mounting the film was not impaired after Kubrick’s death…We prefer Kubrick’s last word in the last scene of his latest film.

Jesus creations is a young born in sevilla that thrills thousands of people with their videos of their loved team, the “Sevilla Futbol Club”. In this video, Jesus wanted a musical composition for one of their videos.

Thanks to Jesus Creations for sharing with us to the feeling of many people.

A machine accompanied the last moments of my life. Those sounds were increasingly disparate, even could control the pace of the echoes for that, somehow, they were closer together and my family could come and see me one last time, but each time was harder for me, hurt me, and not death was pain, but live still. I Listened how my heart wanted go, betraying my own life and my thoughts were aware of my death. Despite this, he still had the strength to be able to think up. I took that thought and with surprising ease I sat on the couch.

Barefoot, I began to explore the room but something stopped me, I removed all cables from the chest and I kept going. I went out to the hallway full of nurses, patients, hypocrites families and I down a ladder leaning on the railing. Nobody seemed to be aware of my presence. I continued down the stairs when I started to feel my heartbeat, getting stronger. And then I saw the front door. One last breath, one last ride, that would be what I needed. I left the hospital, and a breath of cold air hit my face. I closed my eyes and felt happiness. I stood there, in front of the hospital, the strong wind moved me and pushed me inside, I had to lean for not to fall. I opened my eyes and saw before me a park, the most beautiful you can imagine. Like something out of a fairytale. How could something so beautiful be so close to me? Soon I realized that someone was playing with one of my fingers, turn your head and notice that I had supported on a cart and one baby was smiling me. I smiled back and wished him a happy life like mine.

The wind died and a sunbeam was seen between the trees and the sky showed its best colors panel in its most beautiful pink sunset. Suddenly someone shouted my name, I turned and saw the doctors pointed me out, some of them started running towards me. I panicked and tried to run across the street that separated me from the park. Several cars slowed, some insulted me, I kept running. One doctor grabbed me by the arm. We were in the middle of the road. I told him to let me go, I just wanted to go to the trees, but the doctor brought me back to the hospital, and the park away. He picked me up. I felt ridiculous, useless, everyone was looking at me now. I began to mourn with anger, but despite that I was not capable of putting up some resistance. I sat in a wheelchair, told me something, do not remember, I do remember being surrounded by doctors while I climbed back down the elevator to my room.

When I wiped the tears from my eyes was back in the room, plugged into that machine that measured my life. The door was locked this time, I looked at the ceiling. I realized that some things logic were beginning to seem illogical, some words were ending in my head, I lost all knowledge learned, I realized that I could not move my body and my eyes were fixed on that roof. I was dying, it was able to feel my own death. At one point I could no longer think only of that roof. He did not remember anything now, not my name. And my heart stopped. Someone turned my face and stared with empty eyes the doctor. I could not speak or hear and the edge of my vision was expanding black a shadow coming toward the center. I can see my son, with my grandson in his arms. I could not think anymore.